Anne Hathaway feels the anticipation from fans surrounding the next Princess Diaries film!

The Oscar-winning star, 40, opened up to PEOPLE about the long-awaited third installment in the franchise during her appearance at the Sundance Film Festival over the weekend.

And while she didn’t reveal much about the upcoming film, which is reported to be in development, she did admit that it was “thrilling” to “see the level of excitement for it.”

“We feel the exact same, and I know it’s probably very frustrating,” she says of the nearly two-decade wait for another sequel. “It’s a process that requires patience, and so everybody should consider themselves a part of the movie business now, because this is how long it actually takes to make things.” 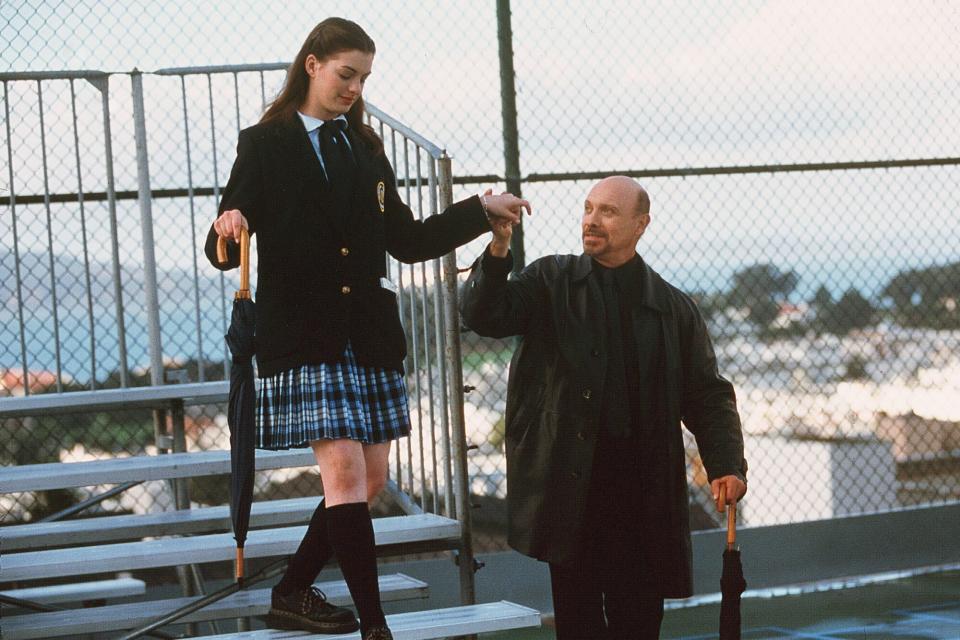 In November, The Hollywood Reporter and The Wrap cited sources saying Disney is developing the third Princess Diaries film, though Hathaway hasn’t yet signed on.

The screenplay is reportedly being written by Aadrita Mukerji, and Disney did not immediately respond to PEOPLE’s request for comment at that time.

Hathaway, who was at the festival in promotion of her latest project Eileen, has been tied to the potential next chapter in the Princess Diaries franchise for a few years now.

Before the release of 2016’s Mother’s Day, director Garry Marshall told PEOPLE that he and the actress had been discussing another run at the movie, where she would once again take the role of Mia Thermopolis. Marshall died in July 2016.

“It looks like we want to do Princess Diaries 3 in Manhattan,” Marshall told PEOPLE before his death. “Anne Hathaway is very pregnant, so we have to wait until she has the baby and then I think we’re going to do it.”

Marshall also explained at the time that Chris Pine reprising his role from Princess Diaries 2: Royal Engagement also wasn’t entirely out of the question. Royal Engagement, which marked Pine’s film debut, premiered in 2004.

“Maybe,” Marshall said at the time. “He’s quite big now, you know.”

RELATED: Christy Carlson Romano Recalls Missing Princess Diaries Audition: ‘That Would Have Made My Career’ 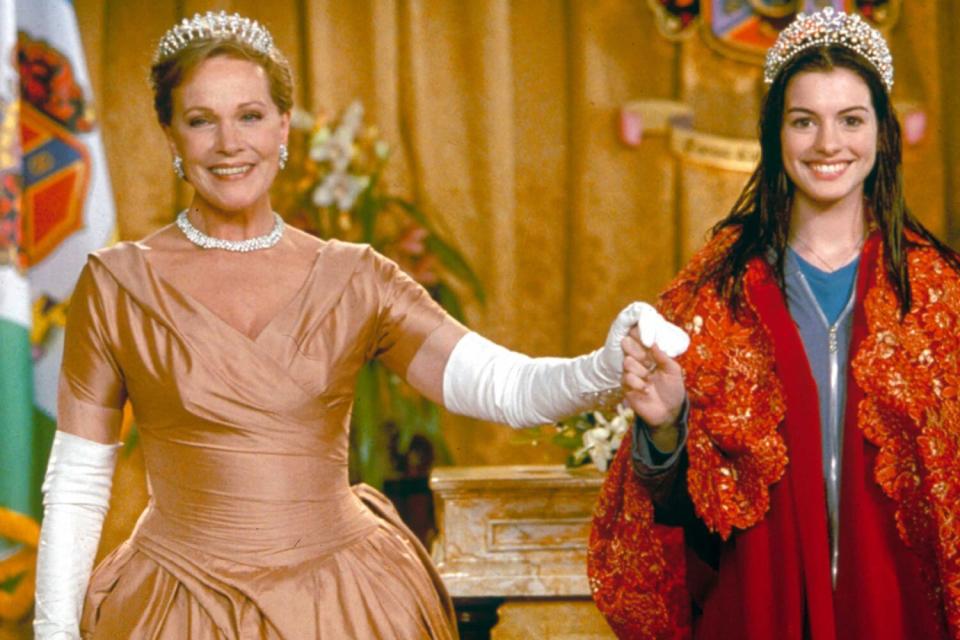 Princess Diaries 3 in the Works: Report

One name that appears unlikely to return for the film is Julie Andrews, who told Access Hollywood in December that transforming into Queen Clarisse Renaldi once more may be a long shot.

“I think we know that it’s probably not going to be possible,” Andrews, 87, said. “It was talked about very shortly after [the second sequel] came out, but it’s now how many years since then? And I am that much older, and Annie the princess, or queen, is so much older. And I am not sure where it would float or run.”

Never miss a story — sign up for PEOPLE’s free daily newsletter to stay up-to-date on the best of what PEOPLE has to offer, from juicy celebrity news to compelling human interest stories.

Still, Hathaway always knew the original 2001 film would be a hit. As she told PEOPLE back in January 2019, “Getting the script, it just had that feeling…I touched it, and it was electric.”

“Getting to make it and be on set every day, I got to hug Julie Andrews every day,” Hathaway added. “That part was also very, very, very magical.”

“Then it came out and it was received. That part even, by the way, was magical,” she noted.