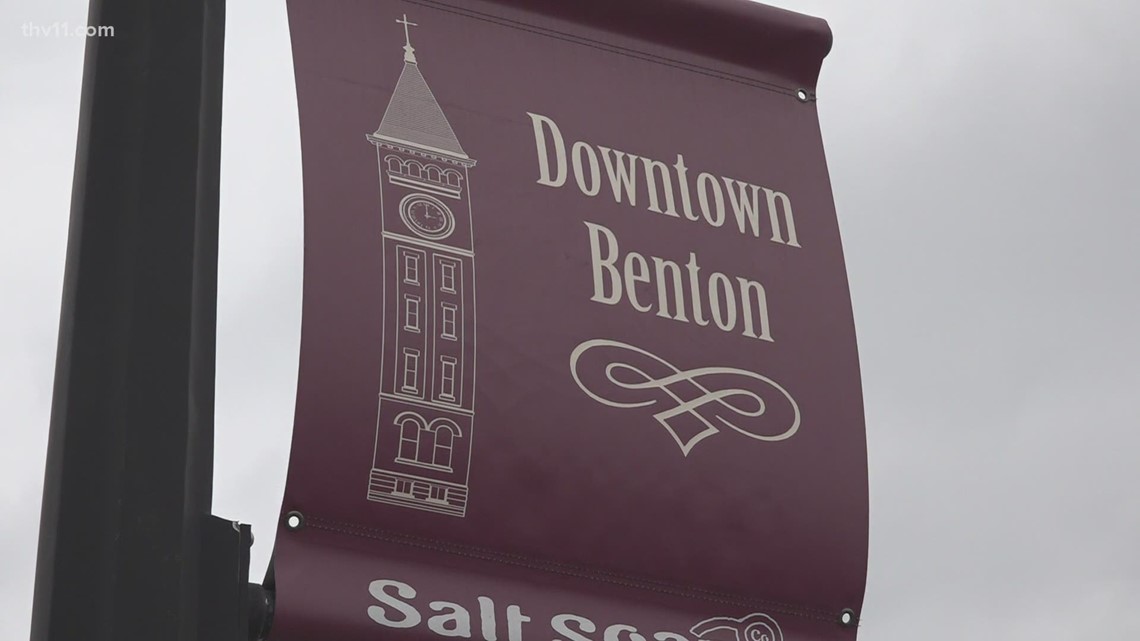 Benton has just laid the groundwork for a much bigger neighborhood than what the city currently has, and it’s something the city says they hope will attract more people to the city.

BENTON, Ark. – Central Arkansas entertainment districts are nothing new. Argenta in North Little Rock, SoMa in Little Rock, even Benton has its own version around the Royal Theater.

Benton has just laid the groundwork for a much bigger neighborhood than what the city currently has, and it’s something the city says they hope will attract more people to the city.

These districts bring in a lot of money as they attract more and more people to a particular area. The branding that other major entertainment districts have is what the city wants, according to Jordan.

“What your inner city is speaks for your entire city,” said Jordan. “Retail, hospitality, but also from an industrial point of view, if someone wants to bring a large industry into the city of Benton, they will probably have a look at downtown.”

The catch with Benton’s plan is that nothing really happens yet. Legislation has been put in place that would allow an entertainment district if the city decides to look into that option.

“Be slow in the process to allow everyone to speak,” Jordan said. “Positive or negative, we want to hear everyone’s voice.”

So why wait to do that? It boils down to two main reasons – public contributions and honesty.

“We want to make sure that we don’t do anything that isn’t transparent. Most of our voters don’t want to see that,” said Jordan. “Because we inevitably work for them.”

Those hardest hit, the downtown shops that an entertainment district is most likely to go to say they appreciate the slowness.

Carol Beth Williams owns Urban Emage and knows this will draw more people to town if it is set up. Still, she doesn’t think much will change.

“Big box stores, you know, when it’s closer, we’ll stay in our town instead of going to Little Rock or somewhere else,” she said. “I don’t think it’ll hurt much.”

While the district is not a guarantee, hope is there and that’s enough to get Jordan on board.

“Our goal is always to improve our inner city as much as possible and this is one of the ways we can do it,” he said.