The New York Times reported that President Joe Biden’s decision to stay away from big political rallies ahead of the midterm elections “reflects his low approval rating.”

The Times’ Wednesday political analysis stated that Biden’s low approval rating is keeping him from making a big splash on the campaign trail this fall, as other more popular Democratic figures, like former President Barack Obama will be headlining the big-ticket political events.

The piece opened, stating, “There is nothing quite like having a president at a big, boisterous campaign rally. And Democrats in four cities … will get that chance this month, in the final days of voting that will decide who controls Congress, governors’ offices and statehouses.”

It added, “But it won’t be President Biden. It will be former President Barack Obama.”

The outlet noted how “Mr. Biden has not held a campaign rally since before Labor Day, even as the future of his agenda and his own political career are at stake in the midterm elections.” His low approval rating was cited as the reason.

It said, “His low profile on the campaign trail reflects his low approval rating, and White House officials say the president has made a point of delivering speeches on the party’s accomplishments, rather than taking part in rallies sponsored by political campaigns.”

The paper claimed, “But his decision not to participate, so far at least, in rallies that are normally a staple of campaign season highlights how little the president can do to help his fellow Democrats, even with the megaphone of the Oval Office.” 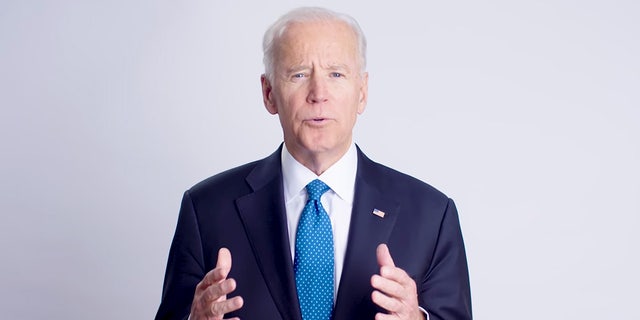 The Biden Foundation announces “As You Are” campaign.
(Screenshot/YouTube)

Earlier this week, Fox News Digital reported on a New York Times/Siena College Poll which showed that Biden’s approval rating had slipped below 40%. In addition, the poll noted that 64% of Americans think the country in on the wrong track.

The New York Times report described Biden’s strategy as a “remarkably low-key campaign effort by a president facing what could be among the biggest rebukes of his political life.”

The piece continued, stating, “Republicans are poised to retake control of one or both houses of Congress, an outcome that would reshape politics in Washington and likely end any hope that Democrats have of making progress on abortion rights, gun control, police reform, voting rights or tax fairness.”

The Times noted that Biden isn’t completely “holing up in Washington.” It said, “In the last week, he has gone to Colorado, California and Oregon. He heads to Philadelphia on Thursday to support John Fetterman.” Still, “there will be no crush of voters packed into a stadium, no sea of colorful campaign signs, no presidential exhortations to ‘Vote! Vote! Vote!’ captured by TV cameras.” 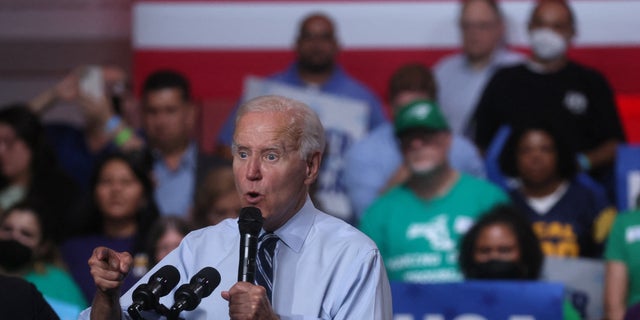 Though the president’s advisers claim this is a good strategy. The report said they “reject the idea that he is being too low-key and say they have crafted a midterm election strategy that fits his brand as a politician who tries to be above the political fray.” Biden’s team claimed, “it’s better to boast about those accomplishments in official venues, not highly partisan ones.”

Gabriel Hays is an associate editor for Fox News Digital.