Week 13 of the college football season continues following an incredible matchup between rivals No. 2 Ohio State and No. 3 Michigan in Columbus, Ohio, where the Wolverines secured a 45-23 win over the Buckeyes.

In the afternoon slate, No. 21 Oregon State upset No. 9 Oregon at home after trailing nearly the entire game, and No. 7 Alabama kept its College Football Playoff hopes alive after crushing Auburn in the Iron Bowl.

Here are our live updates!

Michigan State at No. 11 Penn State

Penn State added its second first-half score on a smooth double-pass play from Clifford to receiver KeAndre Lambert-Smith, who then hit Johnson for a 48-yard touchdown to close out first second quarter. 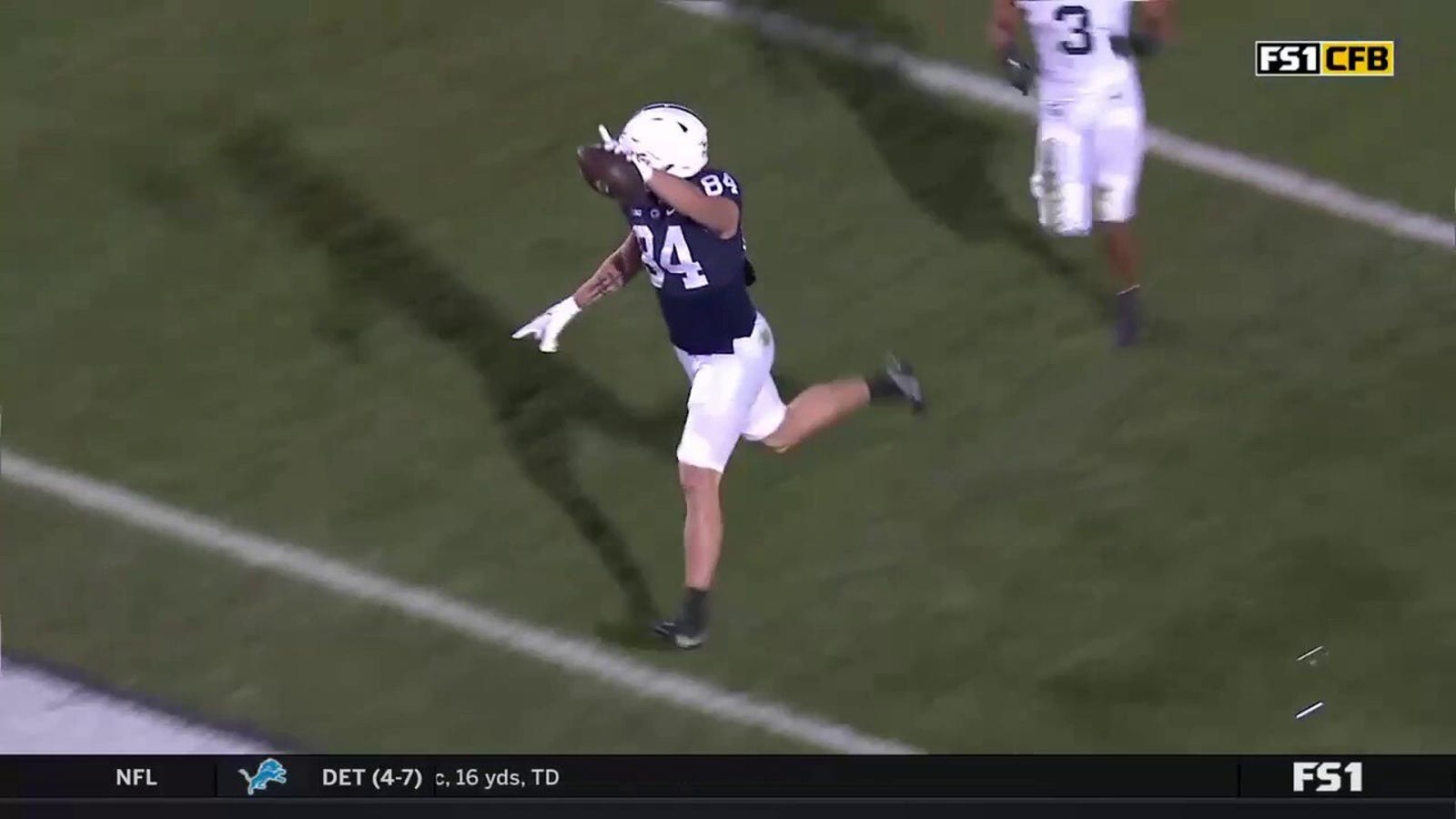 Penn State’s Keandre Lambert-Smith throws it to tight end Theo Johnson on the trick play for the touchdown to take a 14-0 lead over Michigan State.

Clifford connected with tight end Tyler Warren for a 14-yard touchdown to put Penn State ahead 21-3 in the third quarter.

Then, Michigan State QB Payton Thorne linked up with tight end Maliq Carr for a 9-yard score to keep Penn State within arm’s reach, 21-10, headed into the fourth quarter.

Oregon State began the game with a field goal, but it didn’t take long for the Ducks to strike. Oregon QB Bo Nix threw a deep pass to Chase Cota, who made a Superman-like catch for a 44-yard score.

Oregon State jumped out to a 10-7 lead when quarterback Ben Gulbranson scored on a sneak.

Nix connected with wideout Troy Franklin for 9-yard touchdown to put Oregon on top, 14-10, at the break.

Oregon continued to heat up in the second half. Jordan James punched in a short scamper early in the third quarter after a costly Oregon State turnover.

Then, Noah Whittington put the Ducks up 28-10 with a 5-yard score on Oregon’s following possession.

Oregon State closed the gap slightly, 31-17, in the third quarter after Deshaun Fenwick powered through the Ducks defense on his way to the end zone.

Don’t call it a comeback!

Then, Isaiah Newell popped off for a 15-yard score to make it a 10-point game early in the fourth quarter.

Oregon State added back-to-back scores to take the lead, 38-34, midway through the fourth quarter and pull off a come-from-behind win to shake up the Pac-12.

The Tigers struck first in this classic rivalry matchup. Robby Ashford took the snap and turned on the jets, cruising 24 yards into the end zone for the score and the lead, 7-0.

Bryce Young brought the Crimson Tide right back, scrambling for a 5-yard score to tie the game.

Then, Young struck again, tossing a 10-yard touchdown to Jase McClellan to put Alabama up 14-7 as the first quarter came to a close.

After a costly Auburn fumble, Alabama’s offense went 52 yards in four plays to score again, this time on a 5-yard run courtesy of Roydell Willams. Just like that, the Tide opened the second quarter with a 21-7 lead.

The Tigers marched back down the field to cut into Alabama’s lead when Ashford hit Ja’Varrius Johnson on a pretty pass for a 20-yard score, closing the gap slightly.

All gas, no brakes

The Tide answered back with its fourth first-half touchdown when Ja’Corey Brooks broke off for 32 yards.

Ahead of halftime, Young found Treashon Holden for a 27-yard score to extend Alabama’s lead, 35-14.

Alabama’s 35 points were the most first-half points scored in the Iron Bowl since 2012.

Alabama was first to strike in the second half, but Auburn answered with a 14-yard score from Ashford to make it a 42-21 game midway through the frame.

Ashford became the first Auburn player to rush for two touchdowns in the Iron Bowl since 2003, but Auburn’s luck ended there, and Alabama ultimately cruised to an easy victory over its in-state rival.

Get more from College Football Follow your favorites to get information about games, news and more