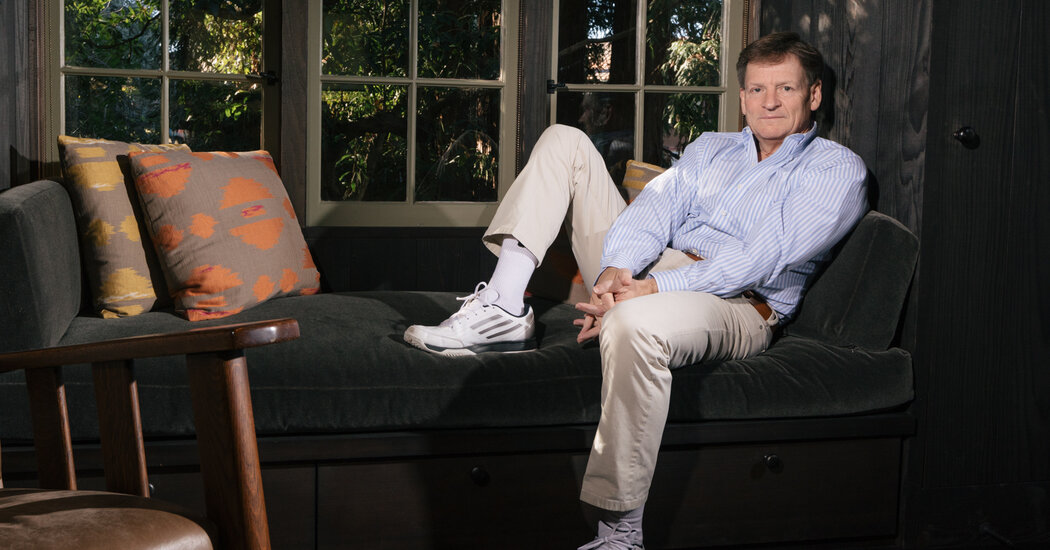 Lewis, the author of bestselling non-fiction books like Moneyball and The Big Short, is known for pulling compelling narratives out of incredibly complex subjects – mortgage-backed securities, sovereign debt, statistics, the boring but essential mechanics of government bureaucracy. His previous books have sold more than 10 million copies together.

With “The Premonition” he takes up a topic that is still developing. He approached the pandemic from what he saw as an unexplored point of view: the ground-level point of view of people setting off “some kind of secret shadow reaction” to the pandemic when senior government officials falsely assured the public that the coronavirus was going to go away.

“The Premonition” will join a growing number of non-fiction books dealing with the pandemic and its implications. Recent and upcoming books include Grace Blakeley’s The Corona Crash, which examines how the pandemic will transform capitalism. Sheri Finks “Surge”, reporter for the New York Times, on the ethical, social and scientific dimensions of the crisis; Gabriel Sherman’s “Fever City” on New York’s response to the spread of the virus and “Preventable”, a book about the missteps that led to unnecessary Covid-19 cases and deaths, by Andy Slavitt, now Senior Advisor to President Biden’s Covid- Response team. In June, New York writer Lawrence Wright will publish “The Plague Year,” which will trace the origins of the coronavirus and how it spread around the world.

Lewis started reporting on the pandemic last spring and started writing in the fall. When he called his longtime editor at Norton, Starling Lawrence, to tell him what he was working on, he was so excited he started babbling and couldn’t describe the plot.

“At one point he said, ‘Oh the hell, I can’t explain, I better write it,’ and I said, ‘That sounds like a wonderful idea,” said Lawrence.

Lewis hoped to get the book out as soon as possible, in time for Biden’s transition team to read it. “I felt the sooner it was done the more useful it would be,” he said.

At the same time, he felt he had to wait and report on the effectiveness of the government’s pandemic response, which turned out to be just as disastrous as he feared, with tens of millions of Americans infected and hundreds of thousands of deaths.

Alice - March 2, 2021
0
What could be Asia's longest-missing bird just came out of hiding. For the first time in 170 years, researchers reported last week that...