The letter implies that Oakland will lose millions of dollars in state funding if city leaders don’t step up to address its plethora of encampments, including one at Wood Street where several fires have erupted.

“We write today out of concern that the City of Oakland is aiming to avoid responsibility for providing shelter and housing assistance to individuals at the dangerous encampment commonly known as ‘Wood Street,'” the letter written by legal affairs secretary Ann Patterson says.

The letter also notes that Oakland has received “significant state funding … for this purpose” over the past two years – to the tune of $4.7 million. 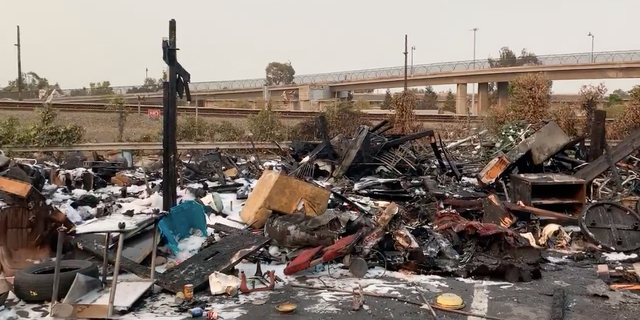 The aftermath of a Wood Hill encampment fire in 2021 in Oakland.
(@OaklandFireCA via Twitter)

Patterson then claims that Oakland is taking a “novel legal position” to think the city has “no responsibility to provide services to individuals residing on state property that is clearly within the boundaries of the City.”

The spat comes as the state of California grapples with a rampant homeless crisis. The Golden State estimated it had over 161,000 unhoused people in January 2020, a number that has most likely increased due to the COVID-19 pandemic.

Though Newsom’s handling of the Oakland matter was worded authoritatively, the governor has also faced criticism for how California’s homeless crisis has persisted under his watch. 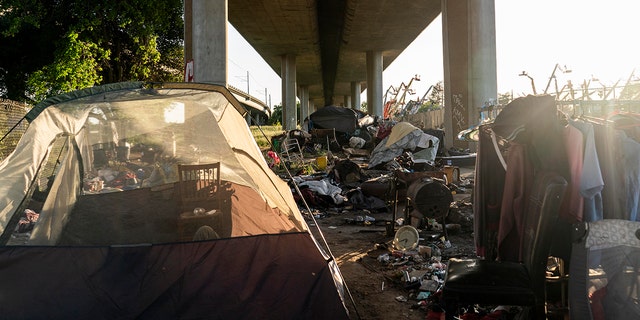 “It’s going to the same homeless industrial complex, and there’s no accountability,” Los Angeles County Sheriff Alex Villanueva said of Newsom’s plan to add an additional $2 billion to the state’s budget to handle homelessness earlier this year. “There’s no results that we’re seeing, there’s no vision. What is that success?”