The Cleveland Guardians outlasted the New York Yankees in a hard-fought Game 2 of the ALDS, which was postponed from Thursday due to inclement weather. The series is now tied 1-1 heading into Saturday.

Here are all the top plays from Friday’s action.

For the first time since 2011, postseason baseball was going down in Philly, and the home team started off with a bang.

After allowing just one hit in the first inning, Phillies pitcher Aaron Nola struck out the side in the second inning to keep things scoreless.

New York came out swinging — literally — in this one. In the bottom of the first inning, Yankees DH Giancarlo Stanton homered to right field, bringing in Gleyber Torres with him for an early 2-0 lead.

Yankees slugger Giancarlo Stanton crushes a two-run home run to give New York an early 2-0 lead over the Cleveland Guardians in Game 2 of the ALDS.

With bases loaded, Cleveland had a chance to take the lead, but Yankees starter Nestor Cortes had other plans. He came up with a clutch play get N.Y. off the field with its lead intact. 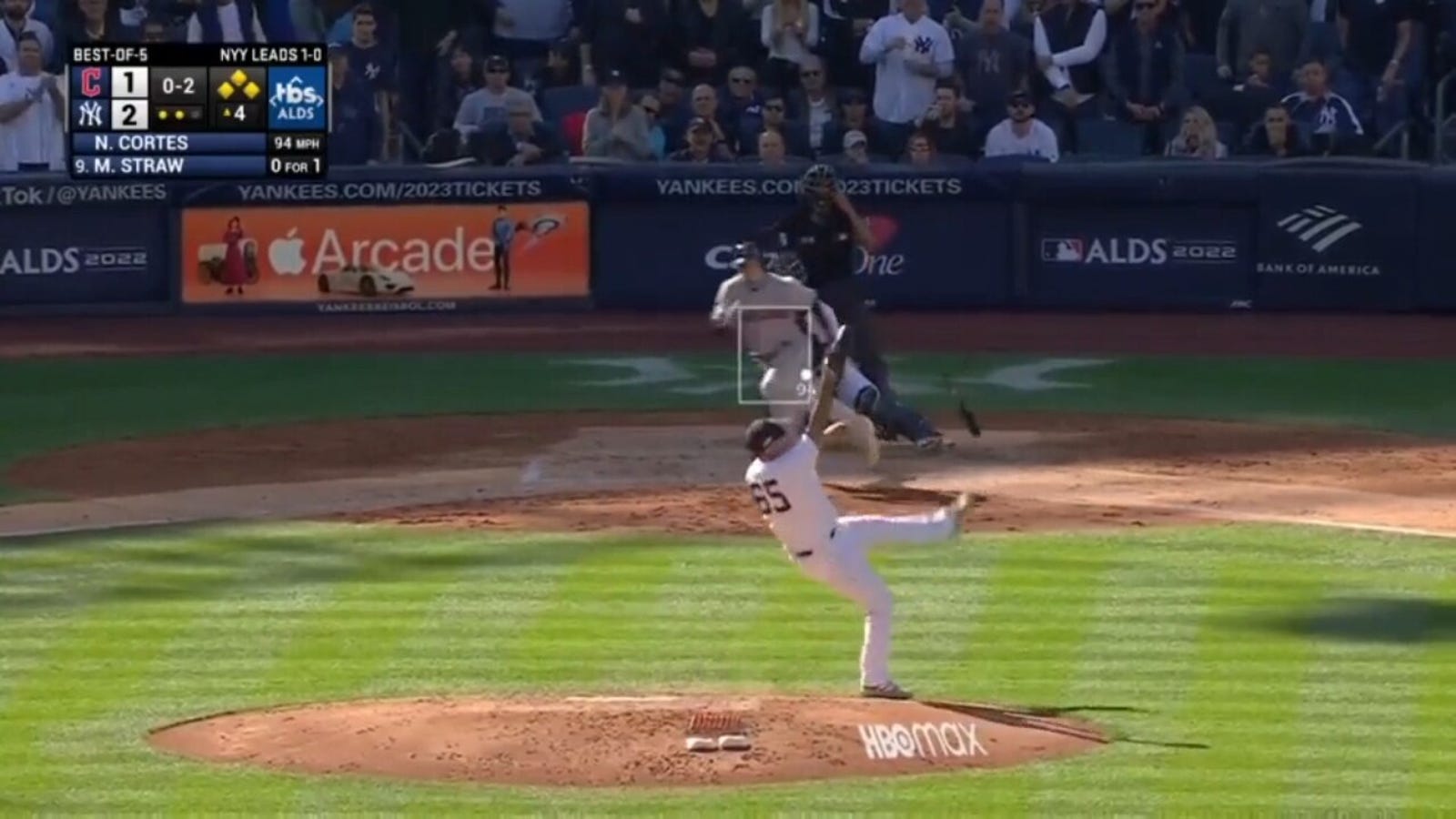 With the bases loaded, New York Yankees pitcher Nestor Cortes makes an unreal snag and gets the third out at first to end the Cleveland Guardians’ rally.

The Guardians tied things up in the fifth inning when Amed Rosario homered to center field. 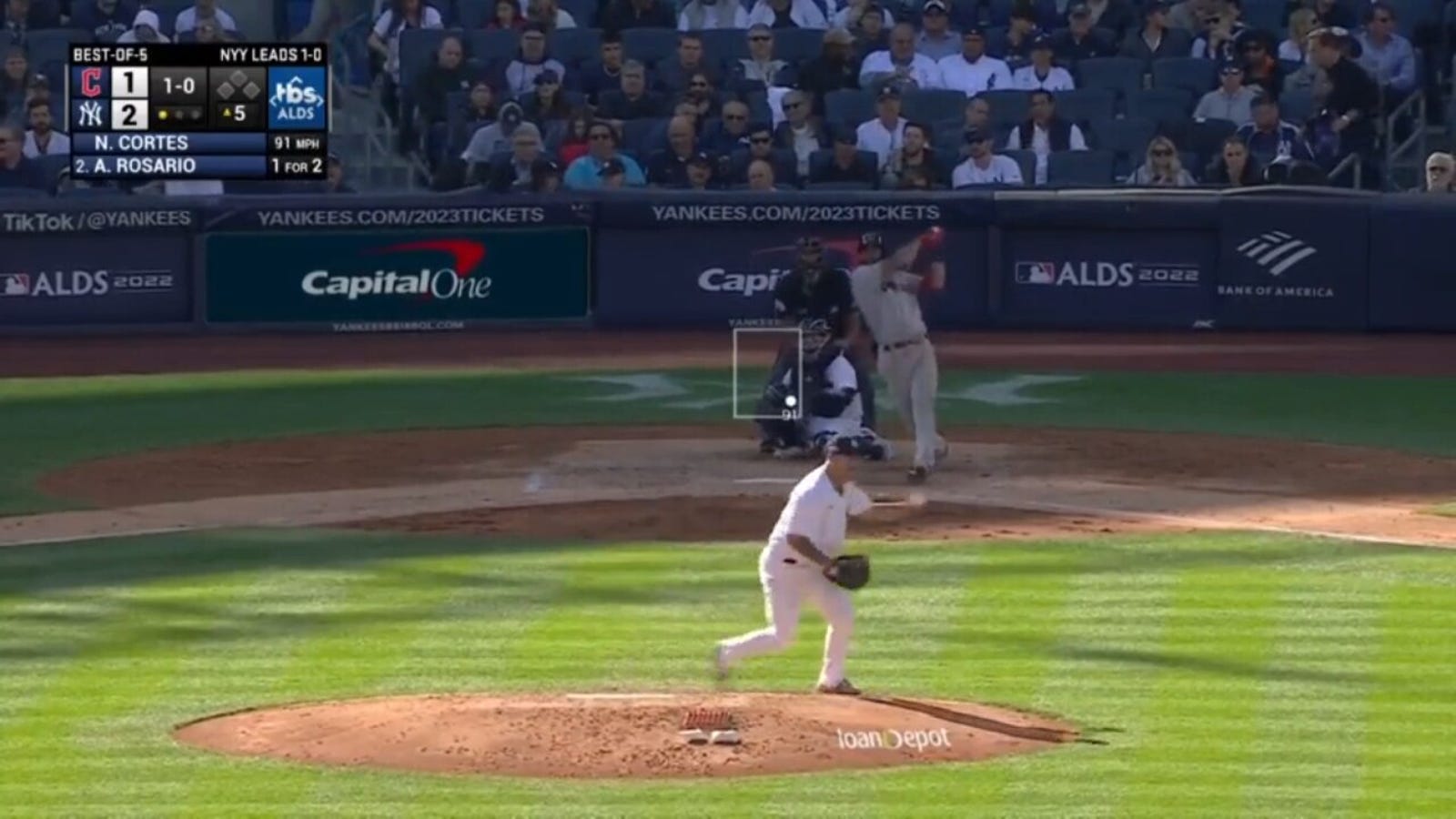 Cleveland Guardians’ Amed Rosario ties the game up at 2.

Right on the money

Guardians pitcher Trevor Stephan — a former Yankees prospect — continued his dominant performance against his former team, as Cleveland kept things even through the seventh inning.

Jameson Taillon entered the game for the Yankees in the top of the 10th inning, but things didn’t go as planned.

José Ramírez hit a shallow fly to left and then advanced to third on a throwing error by Yankees third baseman Josh Donaldson.

When it rains, it pours

Ramírez scored on the next at-bat, courtesy of a single from Oscar Gonzalez. Just like that, Cleveland took a 3-2 lead with no outs and momentum on its side.

It didn’t stay a one-run game for long, as Gonzalez got home shortly after to make it 4-2, and things ended there.

Get more from Major League Baseball Follow your favorites to get information about games, news and more

Bobby Hull, Hockey Hall of Famer, Is Dead at 84