MSE, which acquired 33% of NBC Sports Washington in 2016, now has full ownership of the regional sports network. 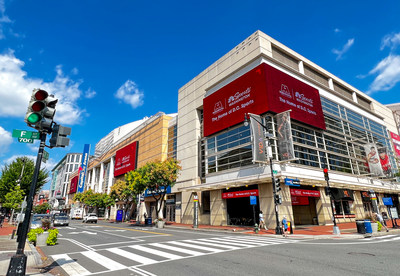 NBC Sports Washington is the exclusive local TV rightsholder for Washington Wizards and Washington Capitals games. The network is available throughout the District of Columbia, Maryland and Virginia, as well as parts of Pennsylvania, Delaware and West Virginia. Launched as Home Team Sports in April 1984, the network has served as the Capitals’ and Wizards’ regional TV partner since its inception.

Zach Leonsis, President of Media & New Enterprises at MSE, commented, “We are incredibly pleased to announce that we have officially closed on our transaction to acquire NBC Sports Washington. We look forward to welcoming all of our new teammates into the Monumental family, embarking on some exciting work to integrate the network into our platform, and building a best-in-class experience for our fans.”

As part of the transaction, NBCUniversal will continue to assist in the operation of the network by providing corporate and shared services, including distribution, technical resources and production facilities, for up to 18 months. NBC Sports Regional Networks, part of NBCUniversal Local, operates a portfolio of six regional sports networks.

NBC Sports Washington is expected to retain its current name and branding through the 2022-23 season. A network re-brand is anticipated for the 2023-24 Capitals and Wizards seasons.

LionTree served as MSE’s exclusive financial advisor on the transaction. Financial terms of the acquisition were not disclosed.

Monumental Sports & Entertainment is America’s leading sports and entertainment family. Our people, players, teams and events bring excitement and joy to millions. We invest and innovate to consistently raise the game so we can deliver extraordinary experiences that will inspire and unite our community, our fans and our people. To learn more, please visit www.monumentalsports.com.