THE WORLD BUSINESS NEWS
Home Science Nature Doesn’t Get a Paycheck. Now, There’s a Motion to Change That. 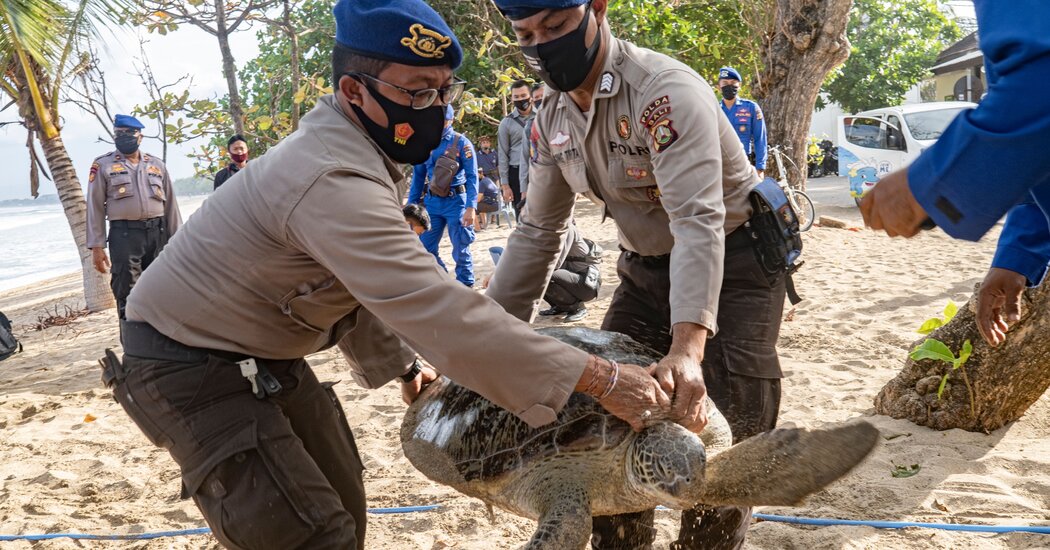 The global system is based on buying and selling, but often no one pays for the most basic goods and services that sustain life – water to drink, land to grow food, clean air to breathe, rainforests to regulate the climate.

Continuing to ignore the value of nature in our global economy threatens humanity itself, according to an independent report on biodiversity and the economy commissioned by the UK government and released on Tuesday. The study, led by Partha Dasgupta, a Cambridge University economist, is the first comprehensive review of its kind.

“While we have enjoyed the fruits of economic growth, the demand we have placed for nature’s goods and services has for several decades exceeded its ability to deliver them on a sustainable basis,” said Dasgupta. “The gap has widened and the lives of our descendants have been threatened.”

For many people, nature has an intangible or spiritual value that cannot be measured, the report said. But nature’s services to humans are a given in our global economy, in large part because they are generally free. People farm, fish, poach, fell, mine and burn fossil fuels so quickly that we have caused biodiversity to collapse. Up to a million species of plants and animals are threatened with extinction, and world leaders are not acting.

Aside from the intangible losses that occur when a species disappears, this erosion of biodiversity poses a palpable threat to humanity.

In economic terms, the report reformulates nature itself as an asset. It offers executives around the world a new economic model for computations that take into account the benefits of nature, such as the way wetlands protect from flooding and bogs store large amounts of carbon.

“What the Dasgupta report does really well is highlighting the value of what Mother Nature gives us without charging a paycheck,” said Matthew E. Kahn, environmental economist at Johns Hopkins University. “When you go to Starbucks, Starbucks wants to get paid for that cup of coffee. Mother Nature offers services but does not ask for a flow of payments. “

When the report was released on Tuesday, Prime Minister Boris Johnson, Prince Charles and David Attenborough spoke about the project and called for action.

“It is madness to continue down this path,” said Prince Charles. “Sir Partha Dasgupta’s landmark review is a call to action that we must heed, ladies and gentlemen, it falls on our watch and we must not fail.”

The solution, the report says, begins with an understanding that our economies are embedded in nature, not outside. We need to change how we measure economic success urges because gross domestic product does not take into account the depreciation of assets, including environmental assets. “Therefore, as our primary measure of economic success,” the authors wrote, “it encourages us to pursue unsustainable economic growth and development.”

According to the report, international arrangements are needed to manage certain environments that the entire planet relies on. She calls on leaders to investigate a system of payments to nations to maintain critical ecosystems like tropical rainforests that store carbon, regulate the climate and promote biodiversity. Charges could be levied for the use of ecosystems outside national borders, for example for fishing on the high seas, and international cooperation could ban fishing in environmentally sensitive areas.

The report will be published before a meeting of the United Nations on biodiversity later this year. Environmentalists hope this will lead to an international deal to combat biodiversity loss similar to the Paris Agreement on Climate Change. The United States is the only state in the world besides the Vatican that is not a party to the underlying UN Treaty on Biological Diversity.

“The idea that we are part of nature and that natural capital is an asset that needs to be managed sustainably will not come as a surprise to indigenous communities who have always valued nature,” said Brian O’Donnell, Director of the Nature Campaign. “But for those who have adopted economies based on limitless growth, a profound rethink of the assessment and measurement of ‘progress’ is required.”

Miami Says It Can Adapt to Rising Seas. Not Everybody Is Satisfied.

‘Proper Now Feels So Lengthy and With out Any Finish in...

Alice - February 15, 2021
0
As the reality of an indefinite psychological marathon worsened, many journalists began counting their blessings in entries that were filled with both gratitude and...