A newcomer to North Carolina hit it big during his first week in the Tar Heel state, according to the NC Education Lottery.

The 25-year-old father of two told NC Education Lottery he just “felt an urge” to buy a scratch-off, and that urge paid off.

Jeremy Hartzell, 25, poses with his brother after winning the $1 million lottery prize on a $10 scratch-off ticket.
(North Carolina Education Lottery)

Hartzell collected his prize at the lottery headquarters in Raleigh on Monday and decided to take a lump sum of $600,000 instead of an annuity of $50,000 over 20 years.

WINNING THE LOTTERY: BLESSING FOR SOME, CURSE FOR OTHERS

“This couldn’t have come at a better time in my life,” Hartzell told the outlet.

Hartzell said he wants to use his winnings to help support his children. He also plans on buying a home instead of renting. 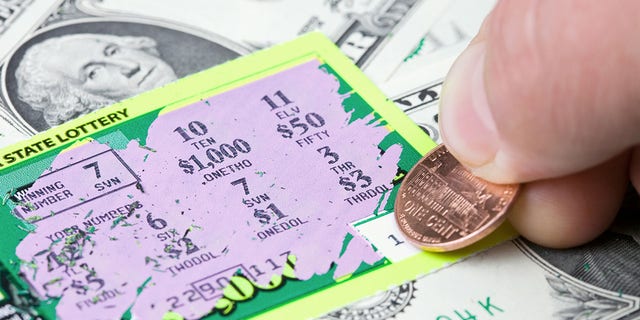 FILE – A person scratches off a winning lottery ticket.
(iStock)