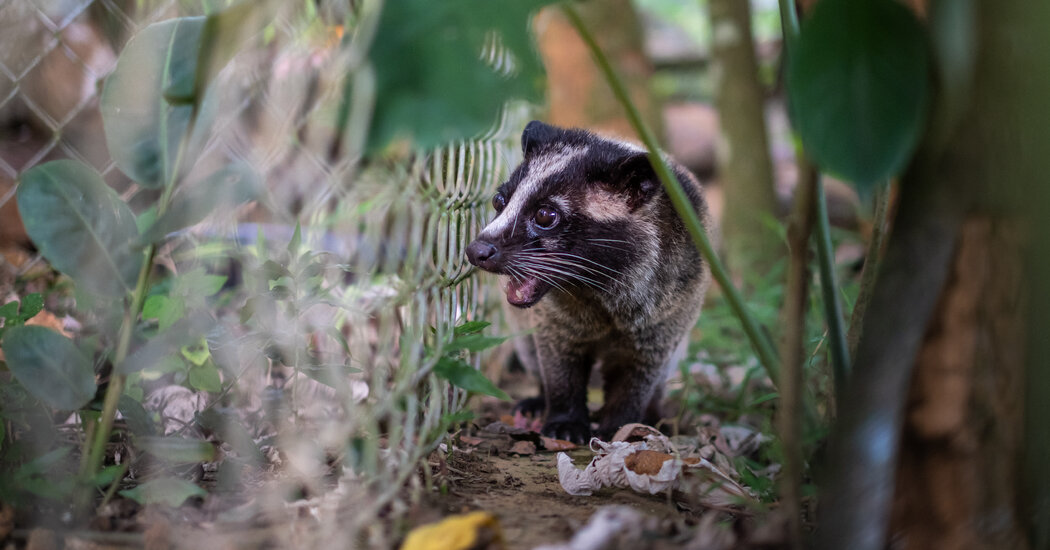 As the coronavirus evolves, the focus of science and public health has been on new varieties, with some mutations making the virus more contagious or even deadly.

These changes in the virus are what scientists call point mutations, the substitution of a tiny piece of genetic code for another. Coronaviruses are not known to mutate rapidly as a group, but the pandemic caused by the SARS-CoV-2 virus means millions and billions of people are infected with billions and billions of viral particles, which offers myriad opportunities for change.

However, there is another more important way that coronaviruses are changing. Individual virus particles exchange larger parts of the genetic material with another virus. If two different types of coronavirus live in the same cell, the result might not be a new variant, but a new type.

Three researchers from the University of Liverpool who have written in the journal Nature Communications have predicted, based on computer analysis, that such events are far more likely than previously thought and recommended that the target species be monitored for the possible occurrence of new coronavirus diseases to pay attention.

The work pointed in a number of directions that scientists are already vigilant. They identified the smaller Asiatic yellow bat and the larger and medium horseshoe bats as animals that would be more likely to recombine. However, their analysis also revealed animals that scientists have focused less on, like the common pig, than a creature that should be monitored.

Marcus SC Blagrove, a virologist who wrote the report, along with Maya Wardeh, who specializes in computer analysis of the spread of animal diseases, and Matthew Bayliss, a veterinary epidemiologist, wrote that coronaviruses are known to “trade big chunks everywhere.”

The emergence of new diseases through this process is not common because an animal must be infected with two different types of coronavirus at the same time.

Jeremy Luban, a virologist at the University of Massachusetts, said such double infection with two types of virus replicating in a cell has yet to be documented in humans. But it is precisely such a recombination that SARS seems to have developed, and researchers believe that SARS-CoV-2 could also be the result of the combination of two viruses.

Dr. Luban said he thinks “this type of work is extremely important” because it could provide surprising insights that experimentation and fieldwork can follow up.

The Liverpool research group used a type of computer analysis called machine learning to examine a range of different data points, including the genetic structure of coronaviruses and mammalian species, as well as their behavioral similarity and geographic proximity, to make predictions that animals were most likely to have had the most coronaviruses.

To verify the reality, they pointed out that their analyzes correctly predicted some well-known animal and virus associations. The modeling highlighted the palm civets, the animal from which SARS appeared to have passed into humans, as a potential focal point for coronavirus development.

Overall, they warned that the possibility of recombination leading to the emergence of a new dangerous coronavirus is being grossly underestimated.

Why a LinkedIn Publish About Gender Began a Debate

Alice - January 17, 2021
0
Under a CDC regulation, airlines must comply with these rules in order to be allowed to disembark passengers in the United States.What kind of...