Japan’s former Prime Minister Shinzo Abe died after being shot during a campaign speech Friday in Nara. He was 67.

Abe served two separate terms as the Japanese leader for the right-leaning Liberal Democratic Party (LDP) — the first from 2006 to 2007, then again from 2012 until 2020. His second stint was the longest consecutive term for a Japanese head of government.

He came from a family of Japanese prime ministers

Abe was born on Sept. 21, 1954, in Tokyo, to a prominent political family. Both his grandfather and great uncle served as prime minister, and his father was a former secretary general of the LDP.

Abe was first elected to Japan’s House of Representatives in 1993, at age 38. He held a number of cabinet positions throughout the 2000s, and in 2003 became secretary general of the LDP. Four years later, he was named the party’s president and became prime minister of Japan.

He continued to be an influential leader after leaving office

After leaving office, Abe remained head of the largest faction of the ruling LDP and remained influential within the party. He has continued to campaign for a stronger security policy and last year angered China by calling for a greater commitment from allies to defend democracy in Taiwan. In response, Beijing summoned Japan’s ambassador and accused Abe of openly challenging China’s sovereignty. 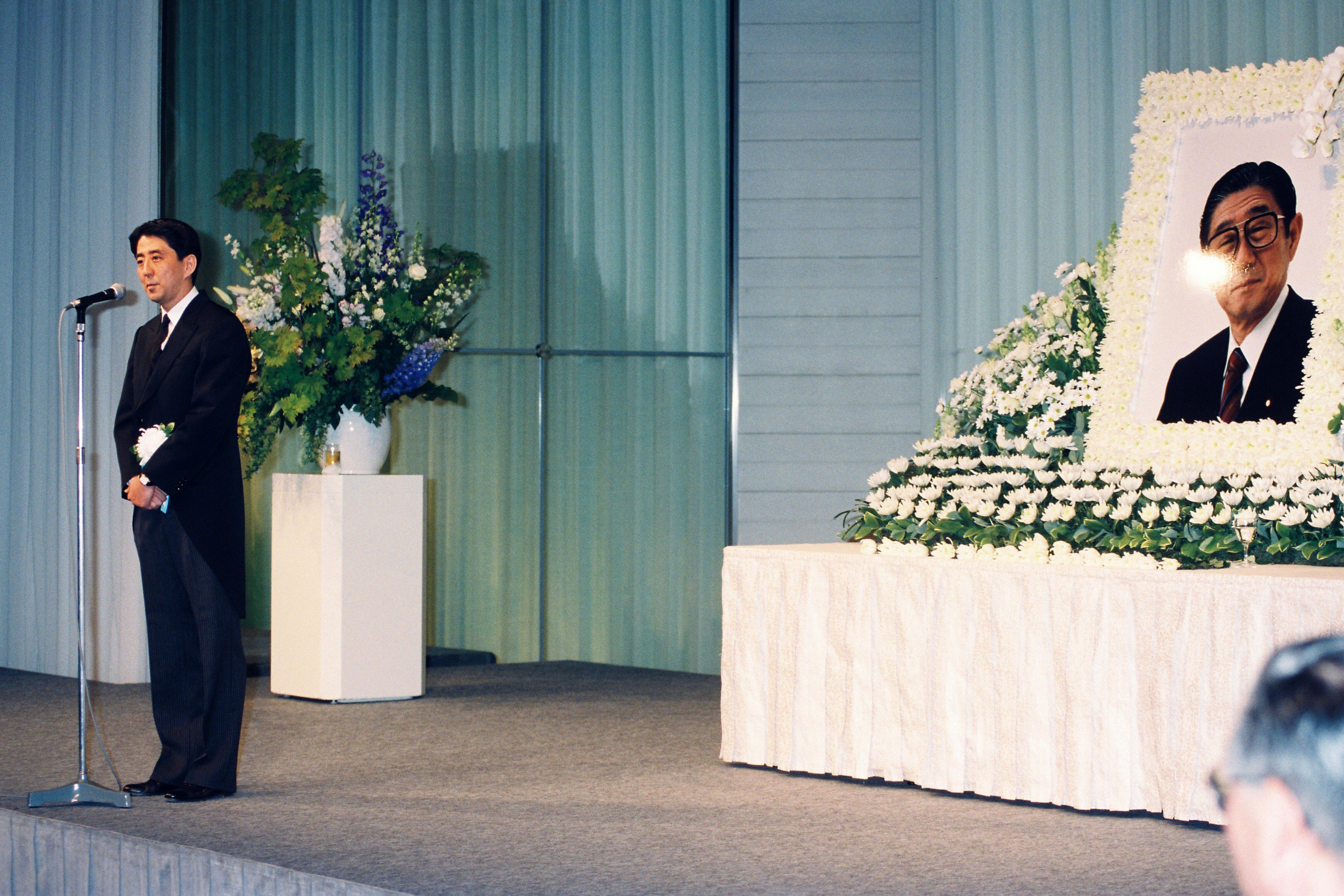 Abe will be remembered for boosting defense spending and pushing through the most dramatic shift in Japanese military policy in 70 years. In 2015, his government passed a reinterpretation of Japan’s postwar, pacifist constitution, allowing Japanese troops to engage in overseas combat — with conditions — for the first time since World War II.

Abe argued the change was needed to respond to a more challenging security environment, a nod to a more assertive China and frequent missile tests in North Korea.

During his term, Abe sought to improve relations with Beijing and held a historic phone call with Chinese leader Xi Jinping in 2018. At the same time, he tried to counter Chinese expansion in the region by uniting Pacific allies.

He attempted to build a personal relationship with former United States President Donald Trump. As Washington’s relationship with Pyongyang tipped toward diplomacy, with both Trump and South Korean President Moon Jae-in holding historic summits with North Korean leader Kim Jong Un, Abe said he was “determined” to meet Kim. Abe wanted to normalize relations with North Korea and ease tensions on the Korean Peninsula, but his first priority was to bring some closure for the families of Japanese citizens abducted by North Korea in the 1970s and 80s.

During his tenure, Japan’s relations with South Korea soured. The two countries were engaged in a major dispute in which trade and military intelligence deals were scrapped, partly due to the legacy of World War II and Japan’s brutal colonization of the Korean Peninsula.

Abe came to office during a time of economic turmoil and soon set about rebooting Japan’s economy after decades of stagnation. Soon after he was re-elected prime minister in 2012, he launched a grand experiment popularly known as “Abenomics.”

After a strong start, it faltered and in 2015, Abe fired “three new arrows” designed to boost gross domestic product. Any hopes they might eventually hit their mark were dashed when Covid-19 swept through the country in 2020, tipping Japan into recession.

One of Abe’s major domestic achievements was securing the 2020 Tokyo Olympics. But the success of the much anticipated Tokyo Games was ultimately undone by the Covid-19 pandemic, which forced the competition to be postponed to 2021. 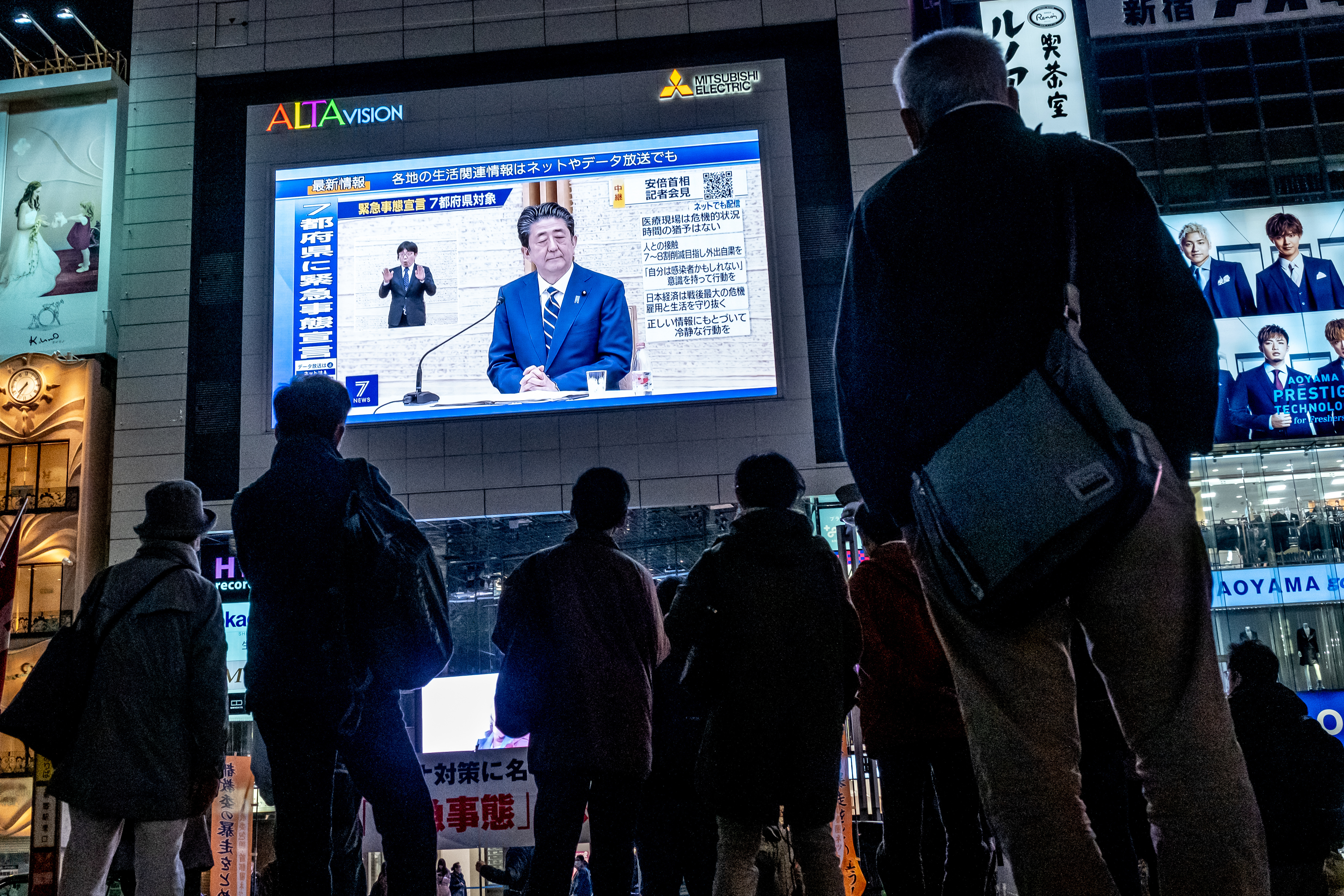 Abe during a televised news conference about Covid-19, on April 7, 2020 in Tokyo. (Viola Kam/SOPA Images/LightRocket/Getty Images)

Abe declared a state of emergency months after the first cases were detected. His administration was also criticized for the low rate of testing, and an early lack of specialist medical equipment to treat the rising number of patients.

More successful was Abe’s handling of the abdication of Emperor Akihito, the first Japanese monarch to step down in two centuries. He was succeeded by his son, Emperor Naruhito, in October 2019, starting the Reiwa era.

Abe is survived by his wife Akie Abe, née Matsuzaki, who he married in 1987. The couple did not have children.

Read more about his legacy here and see his life in photos here.