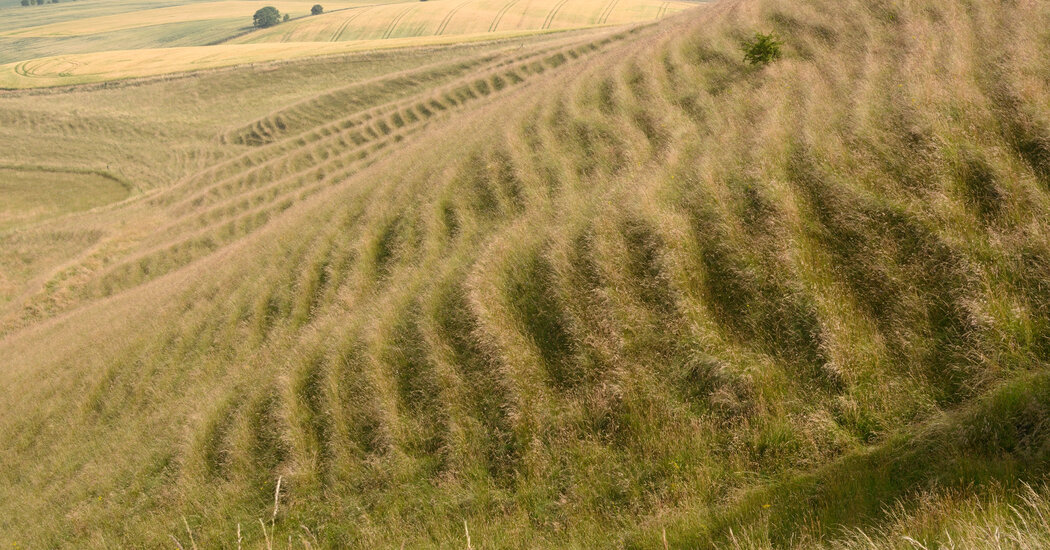 Mountains look solid. But that can only be a mirage. On extremely long time scales, natural landscapes crawl and flow like viscous rivers.

Until recently, most scientists would have said that things like burrowing animals, falling trees, earthquakes, and lightning strikes were responsible for deforming much of the world’s terrain. But new experiments, in which ultra-precision laser beams are shot at piles of sand, instead suggest that creeping is an integral part of any environment and would occur without any other action.

“Everything moves all the time,” says Nakul Deshpande, a PhD student in geophysics at the University of Pennsylvania. “It’s not just an analogy. It’s real, it’s what happens. “

Mr. Deshpande, who is a landscape science graduate, recently looked into creeping (the geological process, not the Radiohead song). Researchers have long known that loose, weathered soil persistently moves, sags, and changes at a rate of centimeters per year.

But it has always been difficult to get good data on creep. Markers buried in slopes will be displaced over the decades, but isolating the exact causes of such changes is nearly impossible.

In the laboratory, Mr. Desphande and his colleagues placed large pyramid-shaped piles of sand on a vibration-dampening table, switched off all lights and kept the temperature and humidity constant. They aimed a laser at the pile in such a way that the beams of light bounced around and interfered with each other, creating a speckled pattern on a detector.

By looking for slight changes in the pattern, they were able to observe fine movements of the sand grains in the millionths of a meter. Materials like sand have what is known as a natural angle of repose – when the sides of a pile become steeper than a certain angle, its grains swing downward in miniature landslides.

Mr. Deshpande and his colleagues have set up their sand pyramids so that they are below the angle of repose, so theoretically they should have just sat there. However, their laser spots showed that almost two weeks after the pile was poured, the grains of sand were still moving very slightly, at a rate of inches per year, more or less exactly what is observed when crawling in the field. Their results appeared in the journal Nature Communications on Wednesday.

The results were surprising, even to the members of the team. “Even though I thought it might happen, it’s still creepy,” said Douglas Jerolmack, a geophysicist and advisor to Mr. Deshpande.

But a laboratory is not completely disconnected from its surroundings, and the researchers could not be certain that an airplane over the air had not in some way disrupted their experiment. To confirm their suspicions, they also ran simulations in a computer using virtual grains of sand, subject only to gravity and friction, and saw the same tiny movements as the real pile.

To further investigate what affects creep, the team made small changes to their sand mounds. For example, they heated the piles, which thermally expanded the grains and increased the speed of sliding around.

Nathalie Vriend, a geophysicist at the University of Cambridge who was not involved in the new study, was skeptical that creeping could occur without external interference. But after doing some of her own experiments and presenting his results to Mr. Deshpande at a conference in March, she got the idea.

“I remember listening and saying, ‘This is really cool work,'” she said. “As an experimenter, I appreciate it when people find new techniques to measure something that was previously hidden.”

Although the experimental results are interesting and new, Anne Voigtländer, geomorphologist at the GFZ German Research Center for Geosciences, was not entirely sure whether they could be carried out outside the controlled laboratory environment. “I don’t think it’s at a stage where you can apply it,” she said.

Figuring out how to confirm the team’s results in the real world “is an open question,” said Deshpande.

But he and Dr. Jerolmack believe they have opened new avenues for studying geophysical processes and have shown that bedrock assumptions may not be as solid as previously believed.

“I cannot go for a walk in the mountains without seeing things differently,” said Mr Deshpande. “I now know that there are things under the veil of my perception.”

Alice - March 4, 2021
0
A piece of personal pandemic history from the country's best infectious disease expert has found a new home at the Smithsonian National Museum of...