In order to satisfy the economy’s strong demand for labor, more people will need to start looking for jobs — but in recent months, that hasn’t been happening.

The share of Americans between the prime working ages of 25 and 54 who were working or looking for work fell to 82.5 percent in October, from 82.7 percent in the previous month. At the beginning of 2020, the number stood at 83.1 percent.

The share of workers and job seekers overall also dipped, to 62.2 percent. That’s more than a percentage point lower than its prepandemic high. 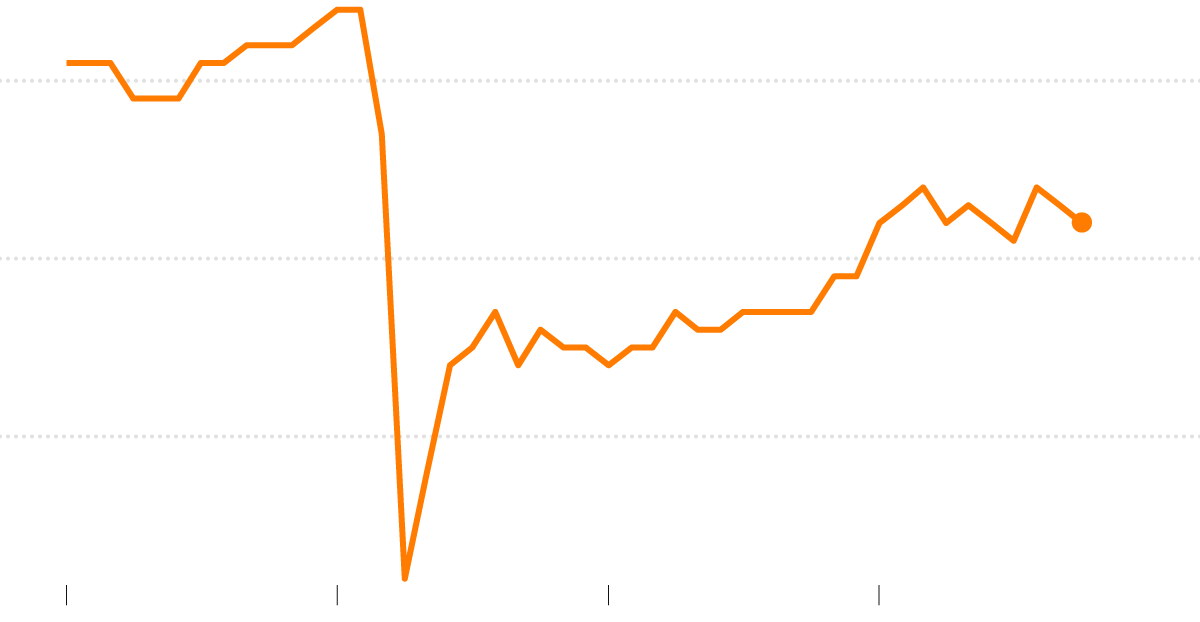 The slowing flow of workers back into the job market poses a challenge to the Federal Reserve, which has been hoping to tamp down wage pressure as inflation continues to be uncomfortably hot.

The reasons for people’s reluctance to go back to work are manifold. Those at or nearing retirement, who had been working in greater numbers as life expectancies rose, often withdrew out of fear of contracting the coronavirus and have had difficulty coming back. Others have been held back by shortages of caregivers for children and older people. Finally, there is growing evidence that millions of people may not be working because of complications from long Covid.

“We don’t expect that we’re going to see those numbers change markedly,” said Richard Wahlquist, chief executive of the American Staffing Association. “A lot of people dropped out of the labor market, and we don’t see the reasons for that turning around quickly.”

Employers have cited the ongoing shortfall in labor force participation as a reason to support more immigration. Restrictions on the flow of legal immigrants in recent years have decreased the size of the work force by several million people, relative to prepandemic trends. The gap between job openings and available workers has been particularly wide in sectors like accommodation and food services, where immigrants tend to be most commonly employed.

However, the unemployment rate for Black men continued to sink, to 5.3 percent from 5.8 percent. That’s just off its prepandemic record low of 5.1 percent, suggesting that the long-lasting hot labor market may be benefiting some historically marginalized workers.