Washington Post columnist Perry Bacon Jr. argued Wednesday that President Biden’s policies that have been enacted so far were “fairly limited” and that he isn’t the next Franklin Delano Roosevelt.

“Biden’s policies are notable but still fairly limited. He and his allies’ suggestions during the campaign and early last year that Biden could transform the nation as much as President Franklin D. Roosevelt did aren’t close to panning out so far,” Bacon wrote.

The columnist looked back at some actions enacted by the Biden administration, including the American Rescue Plan, the infrastructure package and more.

He said the American Rescue plan was “not a clear-cut success” because while it helped job growth, it had also contributed to inflation. He said the child tax credit portion of the legislation was “great policy” but it was not renewed.

He said Biden’s withdrawal from Afghanistan was “poorly executed,” but a “laudable decision.”

“Biden and his allies seem to think passing any bipartisan bill is a huge success. But bipartisan legislation on smaller-scale legislation [sic] happened even under presidents like Barack Obama and Donald Trump, who were hated by the opposition party,” Bacon wrote.

The Washington Post columnist argued that Democrats have not been able to act on many of the issues that were the focus on the 2019 and 2020 presidential primary debates.

“Even if Biden’s policy record isn’t as great as I would have hoped, he has one huge, historic accomplishment: getting elected in the first place,” Bacon wrote. He also called on Biden and Congressional Democrats to “revise the presidential election certification process to prevent the kind of maneuvers Trump and his allies tried in 2020,” before the midterms. 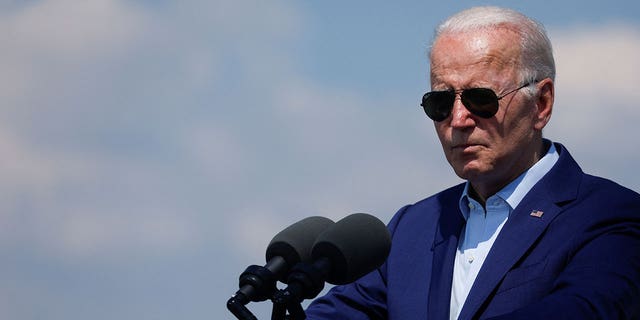 The president announced on Wednesday that he would cancel up to $20,000 in student loan debt for certain borrowers, in a massive $300 billion handout.

“In keeping with my campaign promise, my Administration is announcing a plan to give working and middle class families breathing room as they prepare to resume federal student loan payments in January 2023,” Biden said on Twitter.

The president’s student loan handout will cancel $10,000 of federal student loan debt for borrowers making under $125,000 per year. He said he would cancel up to $20,000 for Pell Grant recipients.

Biden also extended the payment pause on student loans, which was set to expire at the end of August, until the end of December.

Hanna Panreck is an associate editor at Fox News.