Nestor Cortes left the New York Yankees’ do-or-die Game 4 with an injury in the third inning on Sunday.

Cortes was looked at by a trainer during his at bat against Jose Altuve, but he stayed in the game. However, when the next batter, Jeremy Peña, hit a three-run home run to tie the game, a trainer looked at home again and took him out.

Nestor Cortes #65 of the New York Yankees reacts in the third inning against the Houston Astros in game four of the American League Championship Series at Yankee Stadium on October 23, 2022, in the Bronx borough of New York City.
(Elsa/Getty Images)

Cortes’ average fastball velocity was down almost three mph in the third inning as compared to the first and second.

Cortes had been the Yankees’ most consistent arm of the season. During the regular season, his 2.44 ERA was the best on the team and the 10th lowest in all of baseball (minimum 120 innings).

Entering Game 4, Cortes had allowed three earned runs in his two starts spanning 11.0 innings (2.70 ERA).Cortes was named an All Star for the first time this season after quite the roller coaster start to his career. 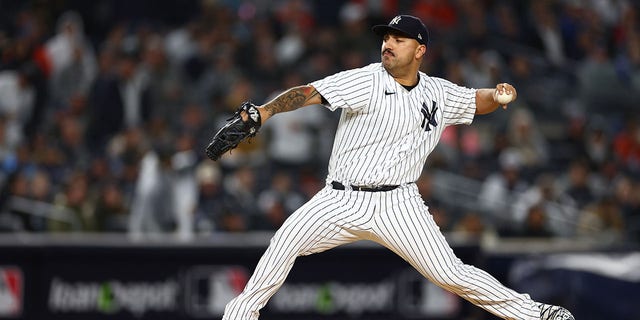 Nestor Cortes #65 of the New York Yankees delivers during the first inning against the Houston Astros in game four of the American League Championship Series at Yankee Stadium on October 23, 2022, in the Bronx borough of New York City.
(Elsa/Getty Images)

The Yanks will now have to manage seven innings from the bullpen – and fight back from a 4-3 deficit – in order to live to see another day. 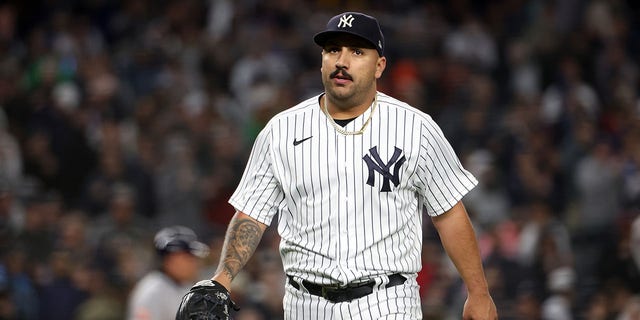 The Yankees did put up three runs early, but they have struggled immensely on offense this entire postseason, especially in this ALCS.

Santos Temporarily Steps Aside From House Committees Amid Calls to Resign